April 24th is observed as World Meningitis Day to raise awareness about meningitis as a health condition, its symptoms, and prevention. This year, the theme for this observance is ‘Life after Meningitis,’ focusing on the after-effects of this condition and how to cope with them. Before we delve into the consequences of meningitis, let’s understand its core symptoms and more.

Meningitis can be defined as a condition wherein an inflammation occurs in the membranes that surround your brain and spinal cord. This inflammation gives rise to symptoms like fever, a stiff neck, and headache. If such symptoms are bugging you or there’s something just not feeling right about your health, you can download the mfine app and consult top neurologists on mfine and get sound advice and solutions right away.

Meningitis Symptoms to look out for

Viral infections are primarily the most common causes of meningitis followed by bacterial infections, and in some cases, fungal infections. Out of these, bacterial meningitis is life-threatening and thus, it is imperative to spot early symptoms and avail treatment at the earliest. Bacterial Meningitis 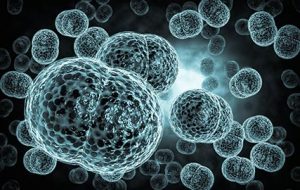 Acute bacterial meningitis is caused by bacteria that enter the bloodstream and then travel to the brain and spinal cord. However, it can also be caused by bacteria that directly hit the meninges after a skull fracture, sinus or ear infection, or in some cases, a surgery. Viral Meningitis A group of viruses called ‘enteroviruses’ is commonly responsible for causing viral meningitis, which is generally mild and heals on its own. Chronic Meningitis Meningitis is said to be chronic when certain slow-growing organisms like Mycobacterium tuberculosis and fungi start taking over the fluid and membranes that surround your brain. It displays symptoms like vomiting, fever, mental haze, and headaches and develops over two weeks or more. Fungal Meningitis If not treated with antifungal medication, fungal meningitis can be life-threatening and often resembles acute bacterial meningitis. It causes chronic meningitis; however, it isn’t contagious from person to person.

Age: While most cases of viral meningitis occur in kids who are younger than five years, bacterial meningitis is more common in adults below the age of 20. Skipped vaccination: People who have not completed their childhood or adult vaccination schedule are more prone to meningitis than people who have completed it. Pregnancy: Pregnant women are prone to an infection called listeriosis, which is caused by listeria bacteria. This may further cause meningitis alongside other issues like miscarriage, premature delivery, and stillbirth. Contagious infections: Such as sinusitis and upper respiratory tract infections can contribute to meningitis. Weak immune system: Conditions like alcoholism, AIDS, diabetes, alongside the intake of immunosuppressant drugs weaken the immune system and put you at a higher risk of meningitis.

Meningitis can lead to some severe consequences with a list of health complications. The longer you stay without treatment, the greater the risks. These complications include:

Immediate medical attention is needed in the case of acute bacterial meningitis. Intravenous antibiotics and oxygenation are primarily used, and, in some cases, corticosteroids may also be used. This is mainly to minimize complications like seizures and brain swelling and also pave the way for a faster recovery. When it comes to viral meningitis, antibiotics don’t really help. In most cases, the condition improves on its own, however, some care needs to be taken: Depending on the exact cause of viral meningitis, the doctor may prescribe antiviral medications and, in some cases, anticonvulsant medicines and corticosteroids. In all other types of meningitis, as long as the main cause remains unclear, your doctor may put you on antiviral and antibiotic treatment. On the other hand, fungal meningitis is treated using antifungal medications, however, these medicines have some grave side-effects. Hence, the treatment is put on hold until the lab results confirm there’s a fungal cause. For the prevention of meningitis, the Centre for Disease Control and Prevention recommends the meningococcal conjugate vaccine for all teens and preteens. In some cases, kids and adults too may be recommended to get vaccinated. Consult online with our top pediatricians to get your queries answered on vaccinations. Meningitis is a complicated condition but with the right awareness and treatment, it can be defeated. Download the mfine app to consult top neurologists online on mfine today and get solutions to all your health hiccups right away.