FND or functional neurological disorder is a complex condition where the body shows physical neurological symptoms without a clearly identifiable problem in the nervous system. The exact causes of this condition have not been clearly identified, however, stress is often seen as a major contributor. Treatment for FND should ideally begin at an early stage, but the diagnosis usually takes time as there is no underlying condition to identify or diagnose. It is thus important to consult a neurologist or psychiatrist as soon as the symptoms start appearing. On the mfine app, you can begin online consultation with the best doctors in the city as soon as you need to. There are various types of functional neurological disorders. This condition causes problems in the physical capabilities of the patient such as their ability to walk, their senses, seeing and hearing and swallowing. The symptoms often vary in severity and might fluctuate. The symptoms that show are not in control of the patient. While the exact causes of FND are not known, some of the contributing factors are reaction to extreme stress, psychological or physical trauma and other neurological disorders. FND is more closely related to the functioning of the brain rather than some specific brain damage like a stroke.

The symptoms of FND vary depending on the type of the disorder and are problematic enough to impair a person’s ability to lead a regular life. Symptoms usually affect movement, senses, and functioning of the body. Some of the various symptoms are-   Symptoms of FND may come and go. They might also persist and vary in severity and location. While in most often the symptoms resolve within a short period of time, in certain cases they may last for months or years making daily life difficult for a person. 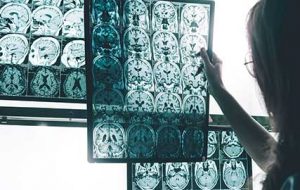 There are no known causes of this condition. The parts of the brain that control the muscles and senses are involved in this disorder without an underlying disease. Symptoms often appear suddenly after extreme stress or they happen due to physical or emotional trauma. Other factors include change or disruption in brain structure or changes in the cellular and metabolic level. Triggers for FND cannot always be successfully identified.

Some of the various factors that increase the risk of functional neurological disorder are- It has also been noticed that women are more likely to develop FND than men. If FND is not treated then it can result in various kinds of disabilities and poor quality of life. This is similar to those caused by serious conditions or diseases. There are no standard tests for identifying FND and diagnosis is carried out based on the collection of symptoms that is present and the medical history of the patient. A physical and psychiatric exam may be carried out by the doctors along with an assessment of all the symptoms. Consult with the best Neurologists and Neurosurgeon through the mfine app.