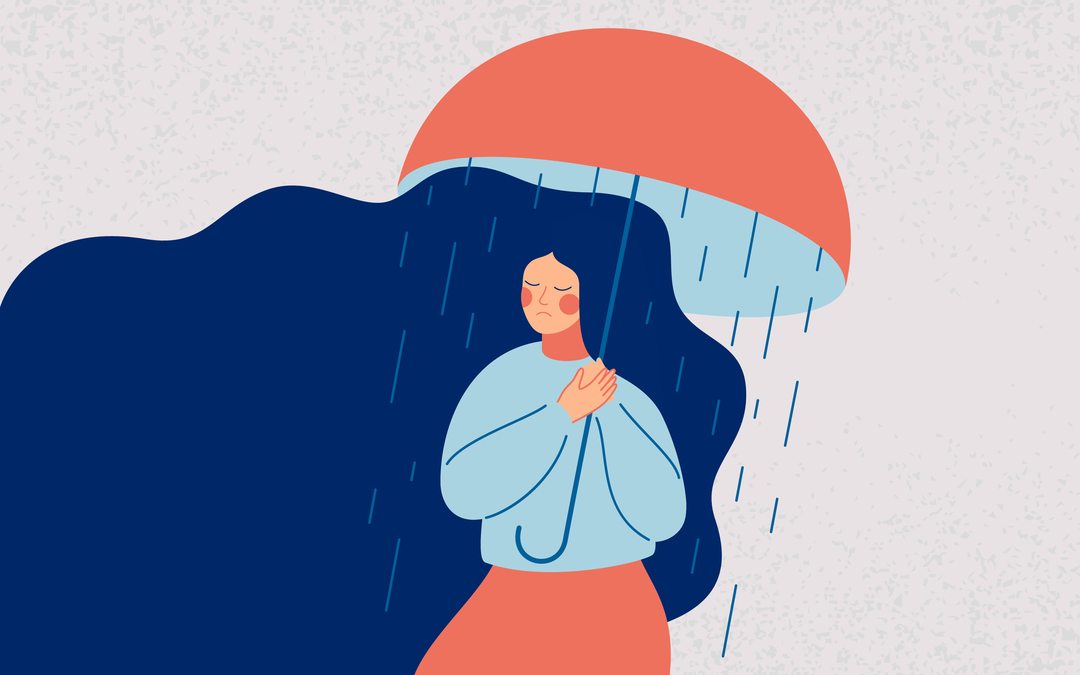 Mental health is weirdly a taboo topic in the country. A subject that comes close to this is sexual health- for a country that has one-sixth of births in the world happening every single day, it is ironic how we do not want to talk about sex.

Well, the news with mental health is no different. At least 1 in 20 adults suffers from depression, and some don’t even know they have it.

My experience with depression has been profoundly interesting. It really should make it to my CV, but not under the category of achievements. I mean to say that this is not something to be glorified. This is a battle I would not want even want people I despise to face.

It all began sometime in childhood, the roots of mental health issues I face today. Overprotective parents, no friends, the want of overachieving to stay on top. This false sense of pride of always being the topper, of always being “different from the rest” made me live in my own world, where I was Queen, in control of everything. And then well, two things hit me like a French TGV (fastest train in the world)- Puberty and Reality.

I went to medical school, and it felt like I had been thrown into a storm on the ocean and I had just realised that I had not paid enough attention to learn to swim through it. I was aware that difficulties did lie down the path where I was left to walk alone, with skills that were needed for an apocalypse. Constant anxiety, the anticipation of things going wrong, the kind of loneliness nobody would ever confess about engulfed me in the myriad chaos of grounded reality. Failed relationships and friendships only made it worse, and I remember having my first panic attack inside the ICU of the hospital where I was doing my internship. I remember that it was a casual remark about my toenails that the head nurse had passed- that I should not have applied nail polish on them. This triggered a thought chain I had no control over. I felt guilty for having done something for myself, for indulging in self-care, for making myself happy and for leaving evidence of it behind- on my toenails. I was not this girl, who cared about looks or lipsticks. I was not the girl who would want to upset anybody. I felt left out, like an anomaly in the ICU, like the patients on the beds didn’t deserve to be there, but it was I.

Sounds dramatic, doesn’t it? But this is how it is. Many panic attacks ever since, I realised that overthinking is a trait I still have problems shaking off, but for a reason. It does keep me prepared, it makes me an irreplaceable force in the emergency room- handling crisis after crisis calmly. This does not make it better when I have no crisis going on, in my personal life. You can’t always sit in the eye of the storm! The concept of “Oh, I will have to shed tears soon since I had a good laugh today” was ingrained in my head. A friend then asked me to see a psychiatrist.

Now, as a doctor, it should have been easy for me to meet the right kind of therapist. But, from personal experience, I do realise that finding the right therapist is a long lost dream for many. I went through at least 7-8 therapists before finding someone who was actually empathetic and non-judgmental(progressive behaviour, that is). I had gotten tired of repeating my story several times, that I felt like my entire life was not this boring- I certainly had good points I had not talked about yet. This is what makes it so difficult to obtain the right mental health treatment in India. There is a severe shortage of doctors in the country, and moreover, empathetic psychiatrists & psychologists are even harder to find.

Going to the clinic, waiting for hours, getting to speak to the therapist in the allocated slot of 30-40 minutes, and getting back with a prescription slip with medication for depression & anxiety disorder is a tedious process in itself. There were times when I did not want to seek help, just because it was something that needed initiative and efforts from my end. This is something that I do observe that a lot of people with mental health issues face- the reluctance of opening up to a third person, the shutting off from people, the never-ending guilt from the past for things people usually don’t give hoots about, and the constant need for self-validation.

Where am I now? I am definitely much better, I am regular with my medication and I’m focusing on living happily while loving myself. My goal now is to help struggling people and give them rays of hope to hold on to. This is why I said, my battle with depression should go on my CV- personal experience with the disease channels my empathy in the right direction and so many helpless individuals can beget something from this. I am fighting this through and through, and one day, I will see the light at the end of the tunnel.