Top 10 Defense Mechanisms and Why We Use Them 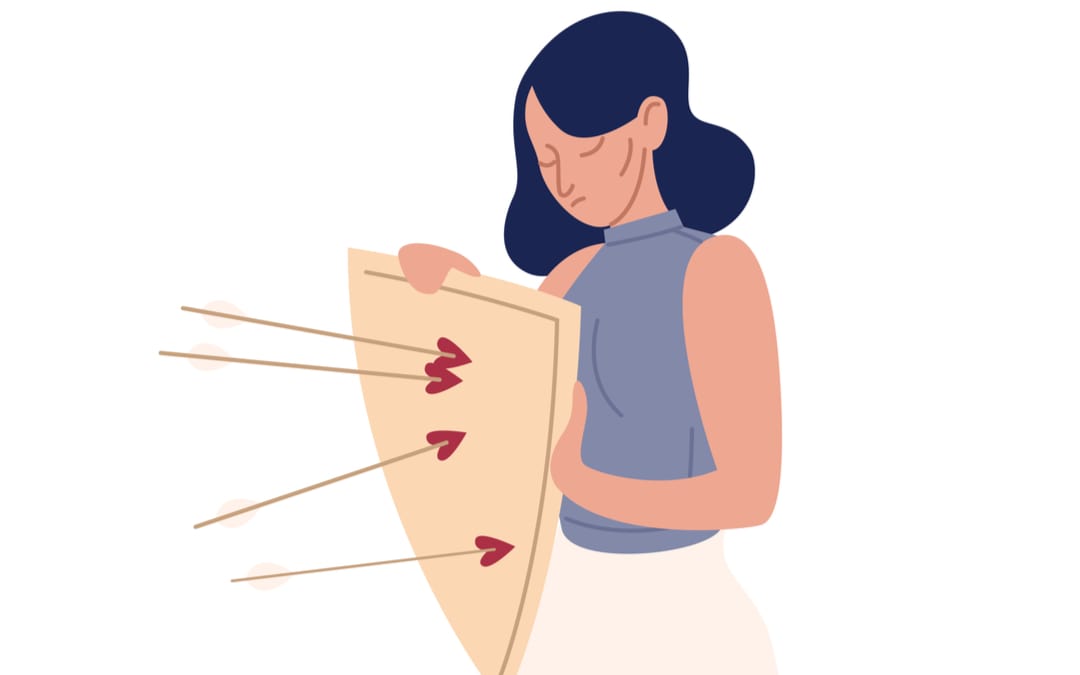 In this article, we will be discussing the:10 most commonly discussed defense mechanisms: what are they and why do we use them?

Denial is the refusal to accept reality or fact, acting as if a painful event, thought or feeling did not exist. It is considered one of the most primitive defense mechanisms because it is characteristic of early childhood development. Many people use denial in their everyday lives to avoid dealing with painful feelings or areas of their life they don’t wish to admit.

Repression is the unconscious blocking of unacceptable thoughts, feelings, and impulses. This is considered to be a less primitive defense mechanism as they often have very little control over it. ‘Repressed memories are memories that have been unconsciously blocked from access or view. Anna Freud has also called this defense ‘motivated forgetting’ as the thoughts that are repressed are often the results of their guilt from the superego.

Projection is the misattribution of a person’s undesired thoughts, feelings, or impulses onto another person who does not have those thoughts, feelings or impulses. It is again another primitive defense mechanism that is used specially when the thoughts are considered unacceptable for the person to express, or they feel completely ill at ease with having them.

Displacement is the redirecting of thoughts, feelings, and impulses directed at one person or object, but taken out upon another person or object. People often use displacement when they cannot express their feelings in a safe manner to the person they are directed at. This is a less primitive defense mechanism as it’s mostly ineffective in nature and causes additional problems for most people.

The classic example is the man who gets angry at his boss, but can’t express his anger to his boss for fear of being fired. He instead comes home and kicks the dog or starts an argument with his wife. The man is redirecting his anger from his boss to his dog or wife.

Regression is the reversion to an earlier stage of development in the face of unacceptable thoughts or impulses. This is a primitive defense mechanism because it is characteristic of early childhood development.

Rationalization is putting something into a different light or offering a different explanation for one’s perceptions or behaviors in the face of changing reality. This is again another less primitive defense mechanism.

Sublimation is simply the channeling of unacceptable impulses, thoughts, and emotions into more acceptable ones. Due to its characteristic nature, sublimation is considered to be a mature defense mechanism. Sublimation is often seen in humor or fantasy.

Reaction Formation is the converting of unwanted or dangerous thoughts, feelings, or impulses into their opposites. Due to its characteristic nature of trying to keep their ego satisfied and anxiety-free, it is considered a primitive defense mechanism.

Compartmentalization is a defense mechanism is a lesser form of dissociation, wherein parts of oneself are separated from awareness of other parts and behave as if one had separate sets of values. Separating your life into independent sectors may feel like a way to protect many elements of it.

Defense mechanisms are normal and natural, most of which are learned behaviors from our childhood. That’s a good thing because it means that, as an adult, you can choose to learn some new behaviors and new defense mechanisms that may be more beneficial to you in your life. In psychotherapy, many psychologists will help you to work on the defenses if you would like. But even becoming more aware of when you’re using one of the less primitive types of defense mechanisms above can be helpful in identifying behaviors you’d like to reduce.

If you still have doubts and would like to understand better, speaking to a professional therapist can help. Connect with an expert online today through MFine!

Also, read Why am I Sad for No Reason?

She is a Clinical Psychologist (RCI) at MFine. She has 5+ years of clinical experience and has worked for Government hospitals in Kolkata, West Bengal, and NGOs &; private clinics in Bangalore, Karnataka. She prefers a holistic approach in therapeutic practices using Cognitive Behaviour Therapy (CBT) and mindfulness-based interventions. Her interest areas lie in managing stress, anxiety, depression, sleep problems &; providing care &; support to the LGBTQIA+ community. Additionally, she conducts workshops and webinars for corporates & aims at promoting mental wellbeing to a larger audience.