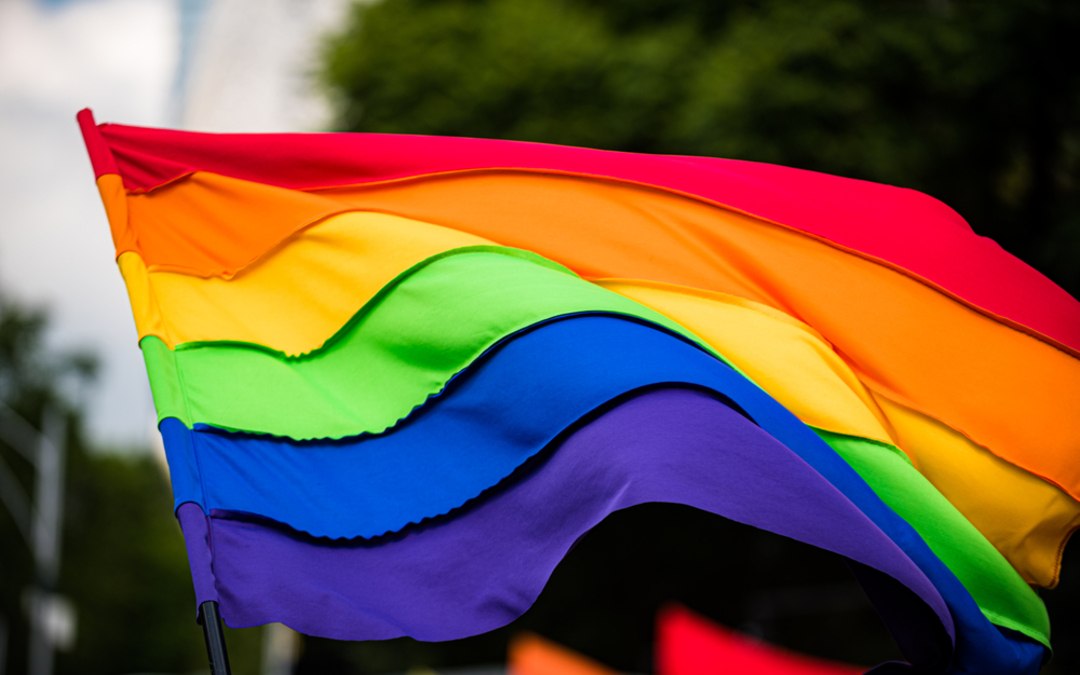 Back in 2019, 27-years old man Abhijit (name changed) consulted: a well-spoken employee at an MNC. Initially, during the beginning of the session, he was extremely hesitant, and eventually, he shared how his recent discoveries about himself have been making him uncomfortable and have caused immense stress for him at work and in his personal life. In his own words, “I have never been in any relationship during my high-school years or even in college and always asked myself why I don’t like anyone in my friend’s circle until recently when I joined my job and started living with a colleague of mine, I realized that I like him more than anyone in my life, I enjoy spending times with him, going out for occasional drinks on a Friday night and when he brings a date to our home, it makes me extremely jealous. I shouldn’t be jealous, right?” Soon, when we started getting deeper into his thoughts, he said, “I felt sexually attracted to him and that bothered me to a greater extent. I keep questioning myself, I have been reading on these but I think I am finally realizing who I am”.

For most people, a journey towards self-discovery is always stressful and can also be overwhelming. I appreciate Abhijit for coming up with this as he played a pivotal role in initiating this article.

As his symptoms and concerns didn’t fit into any of the diagnostic criteria to label him with a mental health disorder, the only resort was ‘supportive psychotherapy’. At the very initial sessions, all he needed was an unbiased, non-judgmental set of ears to hear him out. Soon we entered understanding the fundamental things relevant to LGBTQIA+, as Abhijit and I explored during the therapy sessions.

Even though the LGBTQIA+ community in India is steadily getting the attention that it deserves but as a nation, we still have a long way to go, the need for all kinds of love to be seen and accepted inclusively in absolutely the need of the hour.

Have you ever wondered what is sex and gender?

A person’s sex, as determined by his or her biology, does not always correspond with his or her gender. Therefore, the terms sex and gender are not interchangeable. Like Abhijit was born with male genitalia and since he grew up with his younger brother, he was exposed to culture-specific sports mostly suitable for boys until he reached adulthood and realized that he identifies more with the feminine aspects of his culture hence he could connect better with his mother and other female cousins. 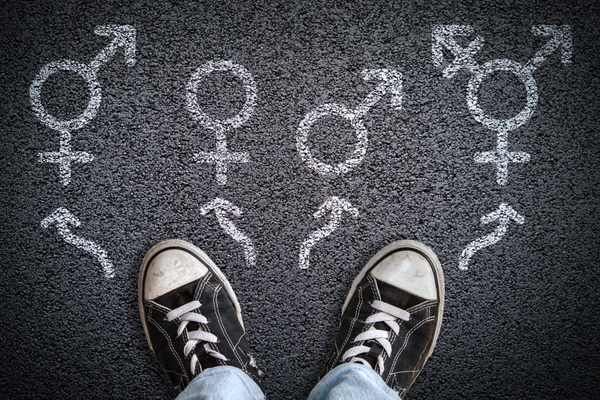 Then what are gender roles and gender identities?

How many of you have binge-watched ‘Gender reveal’ videos going viral all over the internet? In India, it’s illegal to know the sex of the foetus before child-birth, but in the USA, many couples celebrate the occasion of knowing the gender of the baby while the baby is in the womb. We quickly assign colour coded outfits, blue for a boy and pink for a girl! Thus, role learning starts with socialisation even before the birth of the child. And, as we grow up, we are introduced to certain roles that are typically linked to their biological sex.

The term gender role refers to society’s concept of how men and women are expected to act and how they should behave. These roles are based on norms, or standards, created by society. In our society, masculine roles are usually associated with strength, aggression, and dominance, while feminine roles are usually associated with passivity, nurturing, and subordination. Also, another way, children learn gender roles is through play. Parents typically supply boys with trucks, toy guns, and superheroes that promote their motor skills, aggression, and solitary play. Girls are often given dolls and dress-up apparel that foster nurturing, social proximity, and role play. Studies have also shown that children will most likely choose to play with ‘gender appropriate’ toys (or same-gender toys) even when cross-gender toys are available because parents give children positive feedback (in the form of praise, involvement, and physical closeness) for gender-normative behaviour. Eventually, the drive to adhere to masculine and feminine gender roles continues later in life. 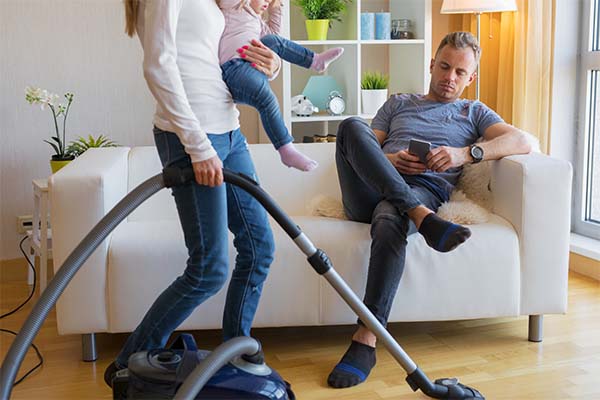 Again, gender identity is an individual’s deeply held sense of being male, female or another gender. Gender identity can correlate with a person’s assigned sex at birth or can differ from it. Some children become aware at a very young age that their gender identity does not align with their physical sex characteristics, even expressing the disconnect as soon as they can talk. Individuals whose biological sex and gender identity ‘match’ rarely think about the alignment of biology and identity because they have the privilege of being considered normal by society. But, there is a wide spectrum of gender identities in between the two extremes of ‘man’ and ‘woman’ which the term ‘transgender’ alone cannot cover. Therefore, an umbrella term often used is ‘genderqueer’, which would also include persons who identify as neither man nor woman (agender) or see themselves at any level intermediate between the two too. Is that all? Actually No. 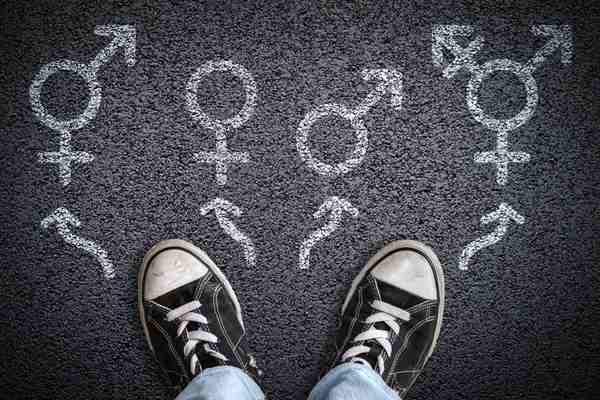 Now comes the most important question, what is sexual orientation? 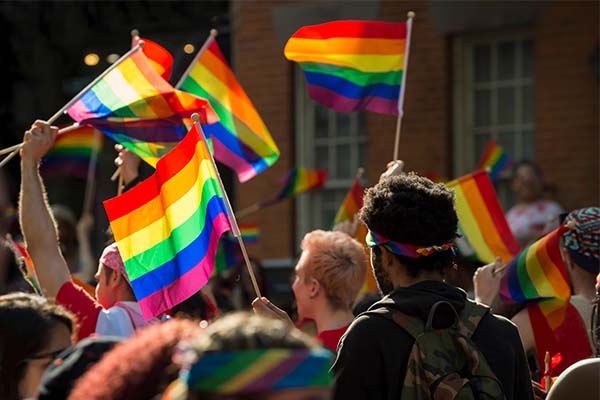 What does LGBTQIA+ stand for? The acronym not only serves as a symbol of their decades of movement for equal rights but even as a memory tool for those who need a little help to remember, learn and understand. So, here it goes:

The reason why Abhijit chose to visit a psychotherapist in the first place is to understand whether being a homosexual makes him abnormal or is it actually a mental health disorder. In the context of psychology and psychiatry, American Psychiatric Association (APA) have removed homosexuality from Diagnostic and Statistical Manual (DSM) back in 1973 but still, some parts of our society still believe in it. Abhijit’s doubts clearly stemmed out from his upbringing and societal norms he was exposed to since his childhood. The truth is, both heterosexual and homosexual, bisexual or asexual behaviours are normal aspects of human sexuality. Also, it’s not something which has been found recently but it’s been there in almost all cultures and in all historical eras that humankind has ever witnessed.

The phrase ‘coming out’ has several aspects to LGBTQIA+ people. Like Abhijit, sometimes, they struggle with their awareness of their sexual orientation. They hesitate to come out in public because of the risks of facing years of undying prejudice and discrimination; while some choose to keep their identity a secret; some choose to come out in limited circumstances; whereas, some decide to come out in public. Research has shown that feeling positive about one’s sexual orientation and integrating it into one’s life fosters greater well-being and mental health. 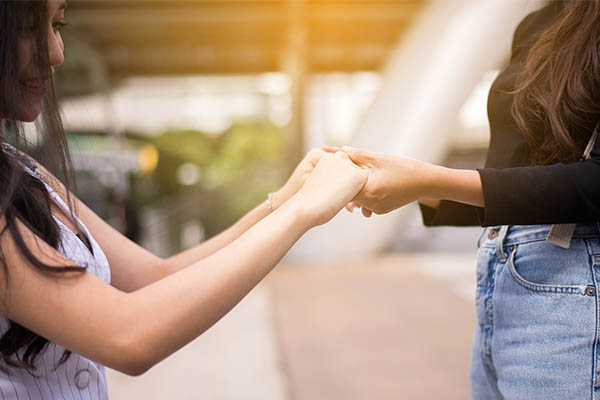 My journey of working with Abhijit has been awakening, his independent decision of deciding to come out in limited circumstances have been painful but bold and life-changing. One of his major struggles was to open up to his parents about his own new-found identity, which he did eventually and here I would like to take the opportunity to show my deepest gratitude towards his parents for being unconventional, raw and welcoming.

This pride month, let’s pledge to make the world a better place by the inclusion of the LGBTQIA+ community.

If you are facing any discomfort with your sexual orientation, people judging you, dilemma of how to ‘come out’, stress, anxiety or any other mental health conditions as a result of stigma and/or discrimination, getting support from a professional therapist can help you learn ways to better cope, feel less isolated, and establish overall mental health and well-being.